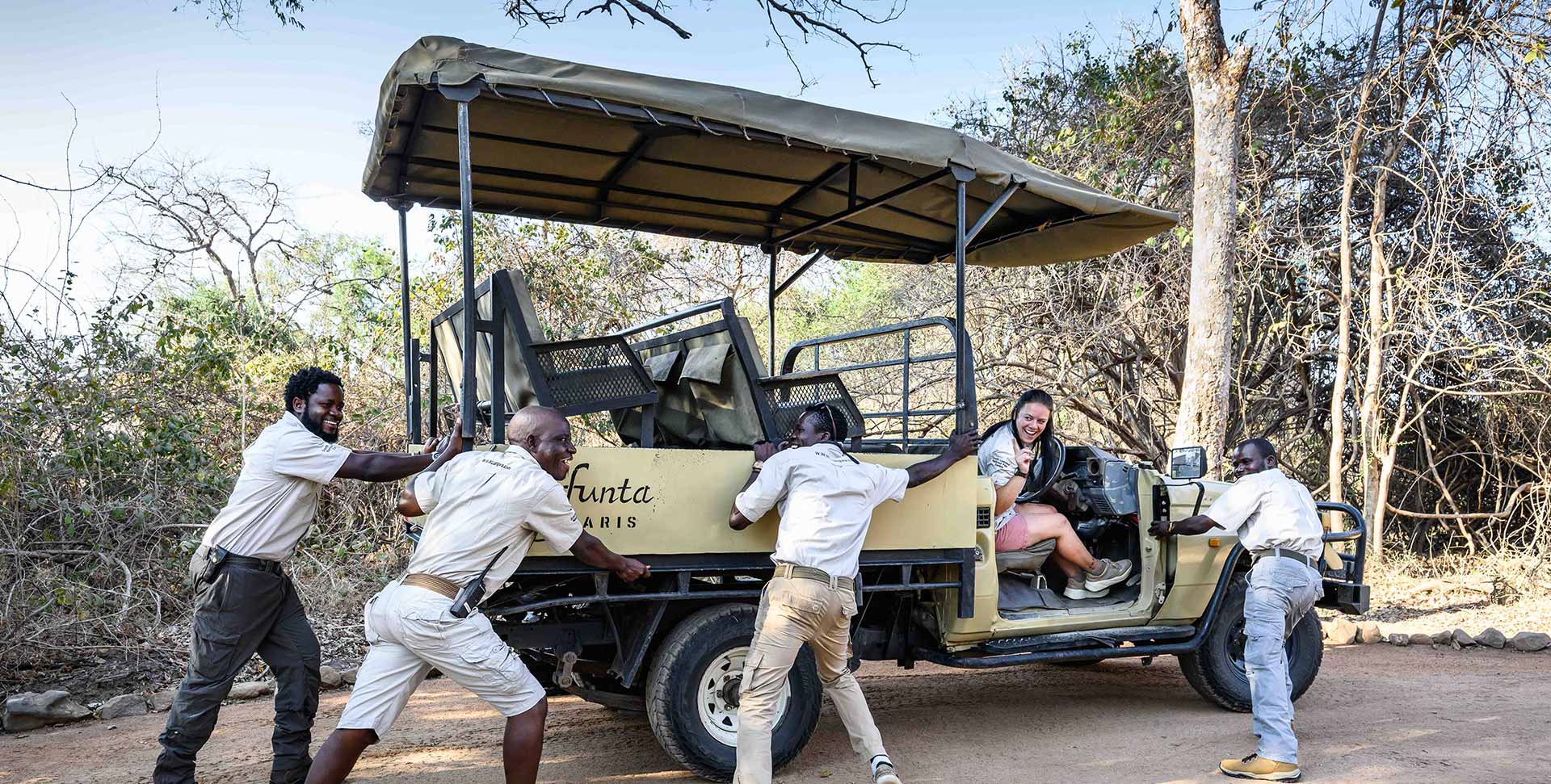 Kafunta Safaris has come a long way since the opening of our first lodge in South Luangwa in 1998. Over 20 years on, we are still passionate preserving our amazing wilderness and sharing our home with our guests.

THE COWANS JOURNEY TO AFRICA

Ron and Anke Cowan, the directors of Kafunta Safaris met in Australia in 1988. Ron is from Sydney, Australia and Anke is from “Ostfriesland” on the North German coast.

The name Kafunta was used long before the lodge was built. There is even a story to tell about its name: Chief Kakumbi (I) was called Lowey. He was very tough and kept slaves. There was a flat stone next to what is now known as the Kafunta River. 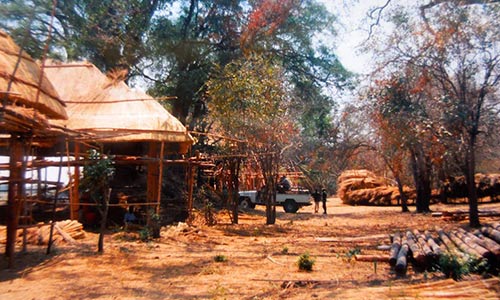 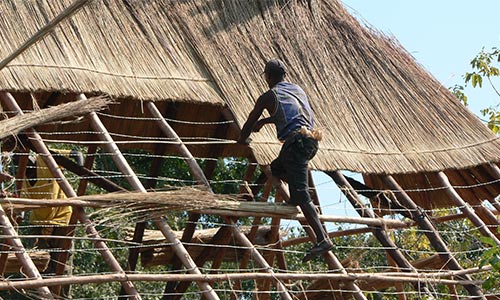 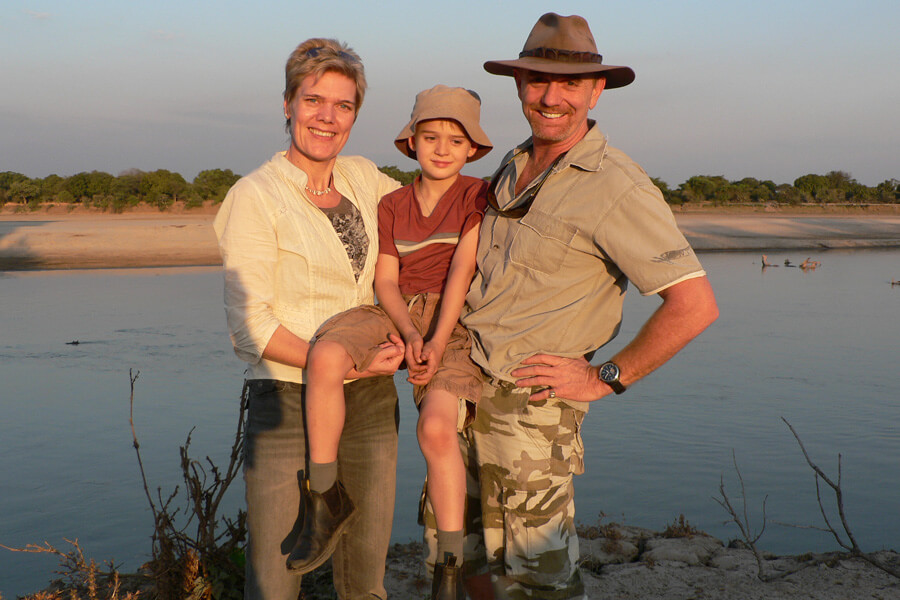 THE COWANS JOURNEY TO AFRICA

Ron and Anke Cowan, the directors of Kafunta Safaris met in Australia in 1988. Ron is from Sydney, Australia and Anke is from “Ostfriesland” on the North German coast.

Anke was visiting Australia when they met and, continuing their trip together, they decided to avoid the European winter by travelling overland through Asia, across Russia on the Transsiberien Railway and back to Germany.
They stayed in Germany for the next 18 months before setting off on their next big adventure. In 1990 they left Germany in a Land Rover and travelled south through Europe and into Africa.

The Land Rover was their home for the next 13 months, crossing the Sahara through Algeria and Niger to the West African coast, through Central Africa and into what was then called Zaire (Congo) and on to East Africa. The trip went further south and Malawi was their first home in Africa. The trip was exciting, adventurous and also dangerous … filled with moments of amazement and joy; simply an unforgettable experience. In the early 1990, the change in government meant many investment opportunities in Zambia, which is when they started to build the Wildlife Camp, a nearby self-catering and camping lodge. In 1996 they bought the property and Kafunta River Lodge was built in 1997/98.

The lodge opened on 3rd July 1998 and many of the staff from the local area that worked there during construction were trained to fill other positions, exchanging their contraction helmets for chef’s hat and guide’s caps. Today we employ 40 to 70 people.

In 1995 Ron & Anke were married under an acacia tree not far from the lodge and their son, Luke was born in 1999. The business had started as a partnership but was split in 2000 with Ron and Anke becoming the owners of Kafunta River Lodge.

Kafunta River Lodge has since expanded into what it is known today as Kafunta Safaris. Our adventure bush camp, ‘Island Bush Camp’, was introduced in 2001; more suites added to the original Kafunta River Lodge in 2005; and an entire renovation of the main area took place in 2014, and again more recently in 2019 .Our third property, Three Rivers Camp,opened to outstanding reviews in 2017, offering an alternative perspective of the Luangwa, with private star beds uniquely attached to each room.

Perhaps it is Anke’s no-nonsense German way, combined with Ron’s laid-back Aussie style that makes this partnership / marriage so successful! “The team is like family to us. We believe we have achieved such a personal and unique atmosphere here because we have all been together so long.” 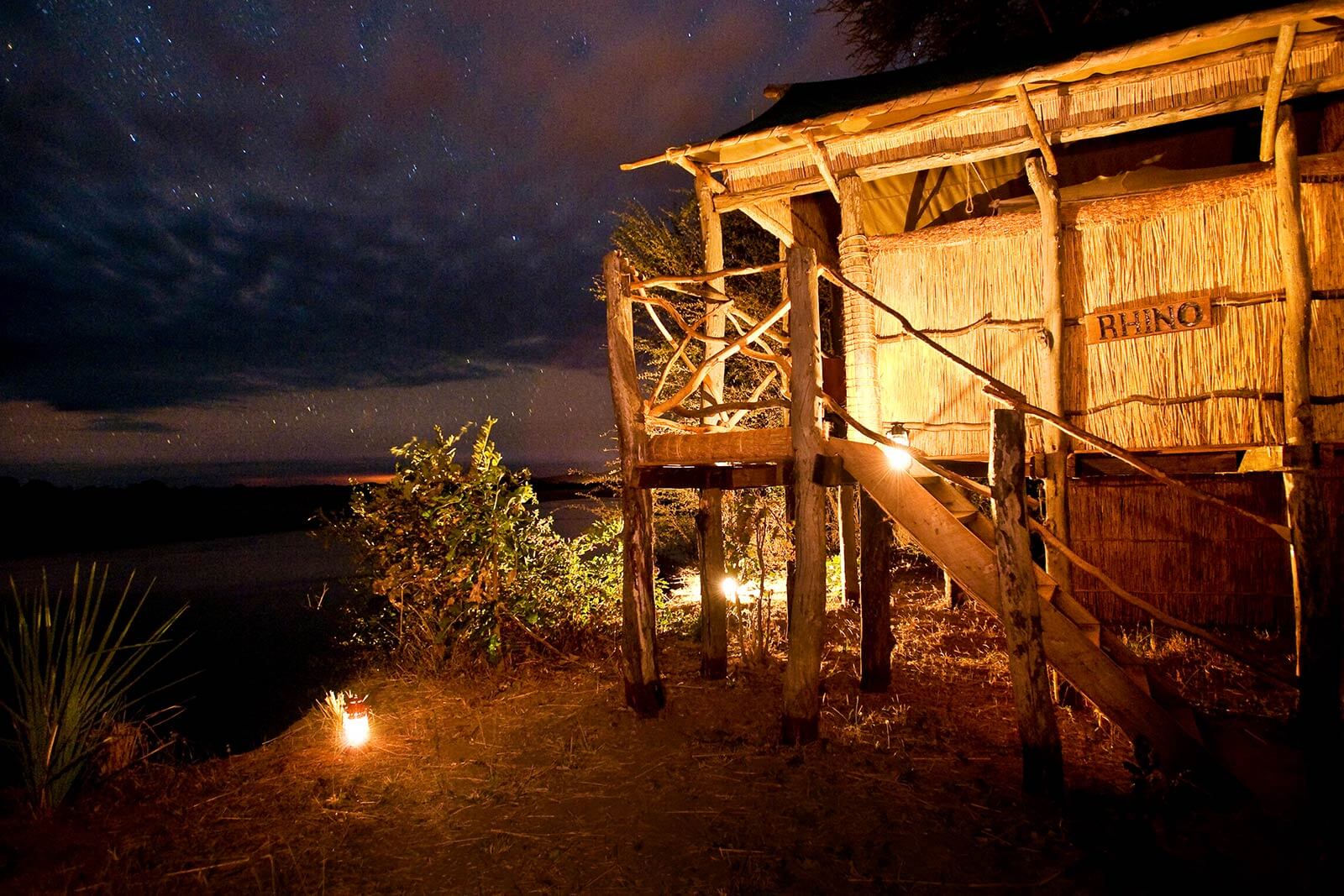 The name Kafunta was used long before the lodge was built. There is even a story to tell about its name: Chief Kakumbi (I) was called Lowey. He was very tough and kept slaves. There was a flat stone next to what is now known as the Kafunta River.

It is a seasonal river that joins the Luangwa River, but in the rainy season it is very fast and powerful. The chief wanted the stone for his chair and made the slaves carry it to his palace. It was very big and heavy. The slaves named the river “KAFUNTHA” which means crazy in Nyanja, the local language. They thought the chief must have been mad to ask them to move such a heavy stone. And that’s how Kafunta got its name.

Life in Mfuwe in the early days was very different to today. A village elder, Fwalu, is a storyteller and uncle to Chief Kakumbi (VI), the Chief of this area. He was born in 1914 and lived at Kafunta, the site of Chief Kakumbi’s palace in those days. (The site of the old palace is only a few kilometers downstream from the present day Kafunta River Lodge). He can tell you how life used to be: “I used to hunt by setting traps in the ground and by using a bow and arrow with poison from an indigenous climbing plant called the “poison rope”.

As a young man I even killed a buffalo, elephant and rhino by bow and arrow. We would eat rhino meat but leave the horns, as they had no value then. Ivory however, was traded with the people from Nyasaland (present day Malawi) for cloth.

If there was no ivory, even children were traded! There was no money. We used to play games such as forms of netball and golf using palm fruit. It was very unusual in those days, unlike today, for a child to die. Malaria was unknown, though T.B. was there. I remember there was a lot of fighting with neighbouring tribes and our round huts had a double layer of fencing for protection.

We grew sorghum and caught fish but kept no animals. I think those days (i.e. the 1920′s, 30′s and 40′s) were better, because today there is no respect, food is not plentiful and there is too much illness and death.”